So, I showed you part of our adventure in Denali, but I left out my husband's encounter with a vole.
During our bus trip through the park, we stopped midway at the farthest point that we would go into the park. At this stop we were given the opportunity to make a warm drink - coffee, tea or hot chocolate from a tap on the bus. Although it wasn't too cold, it was nice to have a warm drink after looking at snow covered Mt. McKinley.
My husband made himself a cup of hot chocolate and wandered over to an area where a native Alaskan was giving a talk on live in Alaska and the culture of his tribe. While listening to the talk, he put down his cup of hot chocolate to take a few pictures. When he reached down, not two or three minutes later this is what he discovered: 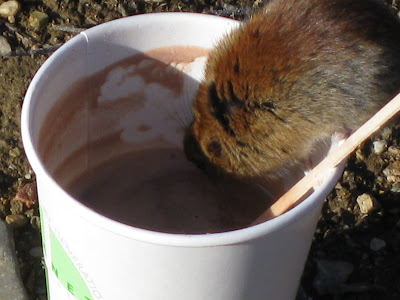 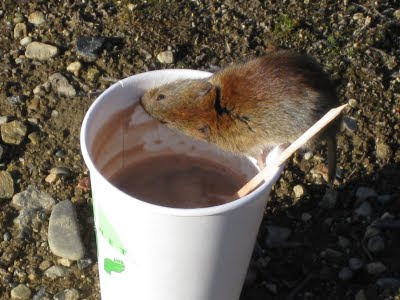 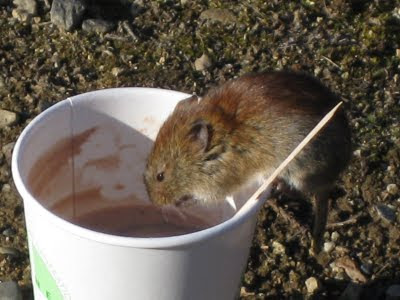 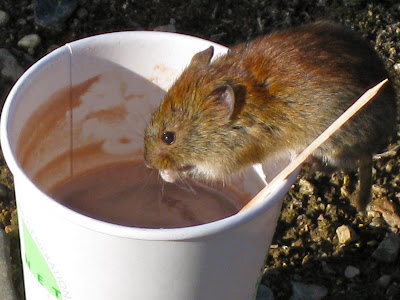 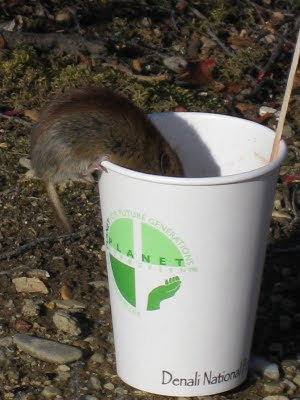 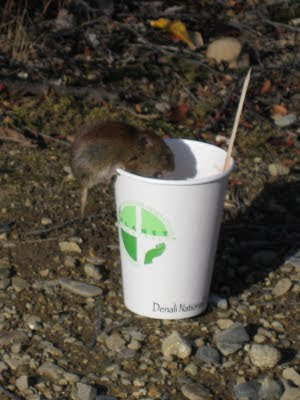 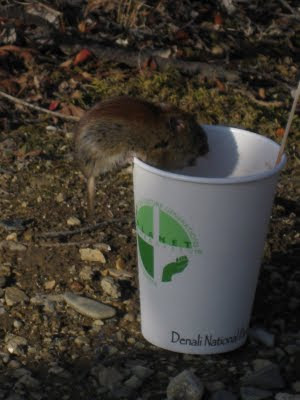 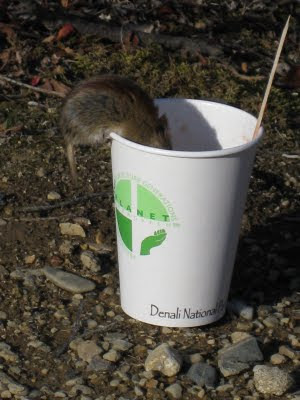 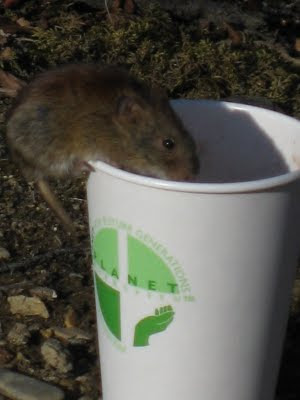 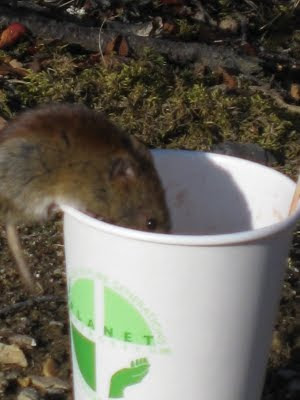 After much consideration and consultation with a woman who joined us to watch the vole, we could only conclude that it was a female who was PMS-ing and was in desperate need of chocolate. Oh, and that it wasn't the first time this vole had raided someone's cup of hot chocolate!
Posted by Ellen at 4:57 AM

Thanks for you and Big J for the morning giggle......

She certainly looks like she knows what she's doing! Neat series of pics.