So, I've been back from my vacation almost three months, we traveled the first two weeks of April, and I finally have some pictures to share. I won't bore you with too many (we took about 2,3oo altogether), but I'll pick a few from each port of call. Today's photos are from the two days we spent in San Diego before boarding the ship.
Our first day was spent at the San Diego Zoo. We took in quite a bit in the six and a half hours we spent there. I would definitely like to go back and spend some more time there - the line to see the pandas was just too long and there was so much to see that you just can't see it all in one day. 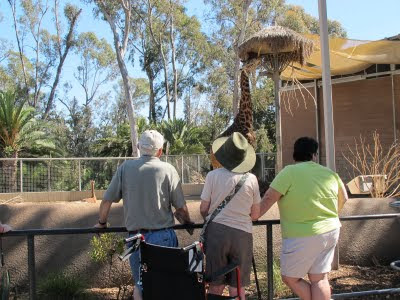 Watching the giraffes feeding - we spent almost a half an hour watching them strip every thing, including the bark, off the tree branches that were left for them. 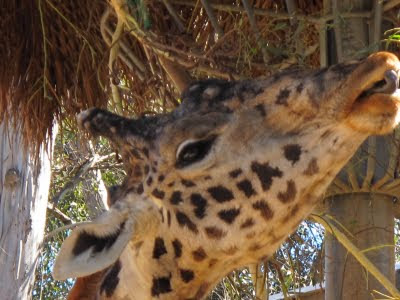 I've never seen a giraffe with such dark spots. And with so much patience pulling the bark off the branches. 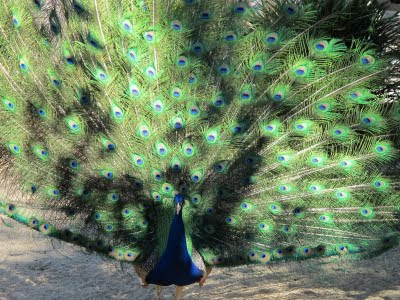 Proud as a peacock - and justifiably so I'd say. However, it took a while to get him to spread his feathers in our direction! 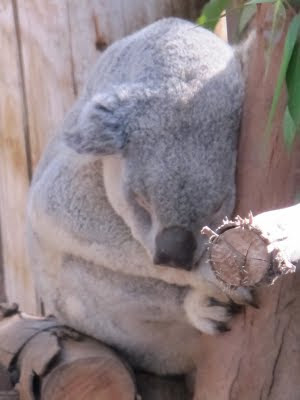 I wanted to take one of the Koala's home - they are just so darn cute. 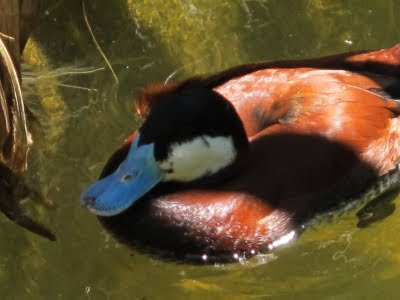 I've never seen a duck with a blue bill before - so unusual. 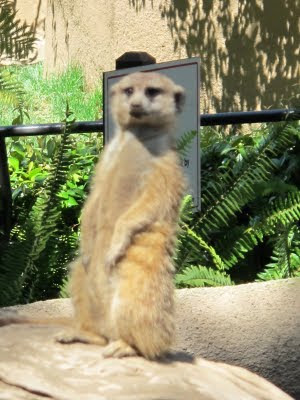 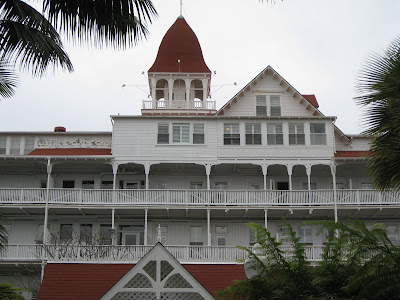 On Saturday, we went to Coronado to check out the Hotel Del Coronado. 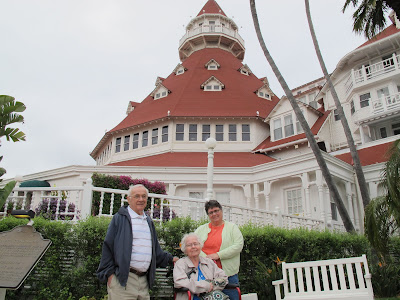 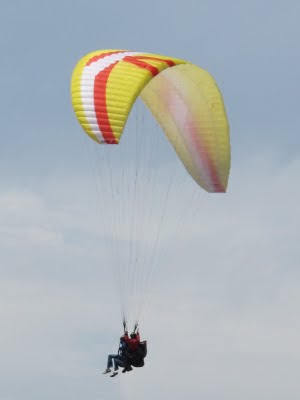 We also went to the Torrey Pines Gliderport where hang gliders and paragliders fly. 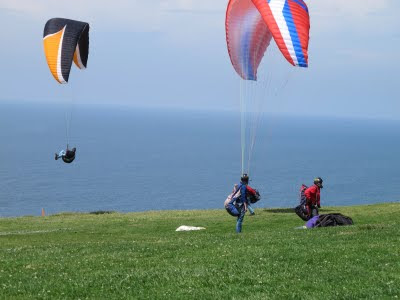 It's about a hundred and fifty foot drop when they take off. 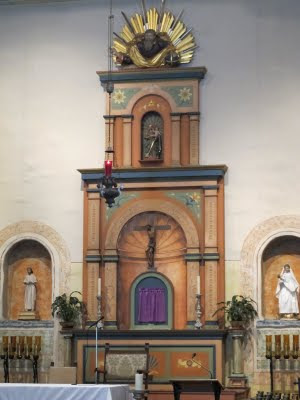 This is the sanctuary of the Mission San Diego church where we attended Mass on the day before our ship left.
I'll post more as time allows. We set sail on Sunday from the port of San Diego and in the next two weeks, we made three stops in Mexico, one in Guatamala, an evening stop in Panama City, a day going through the Panama Canal and a day in Cartagena, Colombia before docking in Ft. Lauderdale and flying home.
Posted by Ellen at 3:01 PM

What a great time in San Diego...one of my favorite places;) And to get to go to so many more on that trip!!!