About two or three weeks ago, while channel surfing, I came across The Fabulous Beekman Boys on Planet Green. 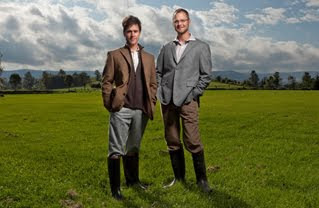 Brent (on the left) and Josh (on the right) are a gay couple who resided in New York City and purchased a farm as a weekend getaway. They are building their farm into a goat milk cheese and soap business, with a retail store on the side.
Residing at the farm are a bunch of goats, some chickens and turkeys, a cow, a few pigs (who now reside in the freezer) and a llama named Polka Spot. 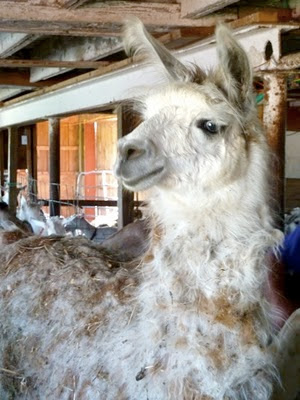 I have also recently read a book about their adventures, "The Bucolic Plague" written by Josh which tells about how they discovered the farm and became it's owners.
The humor in the show is spot on, and while many may be uncomfortable with their homosexuality, their displays of affection are, for the most part, tame, but their wit is as sharp as a tack.
Posted by Ellen at 9:29 AM

How did I miss this post??? What channel is this?? I love them;)

I'll be checking this out. Thanks chicka!
<><

I love them too! And their goat guy who cries over his little goats.... so sweet!