A Weekend to Remember

This weekend, my family celebrated these two: 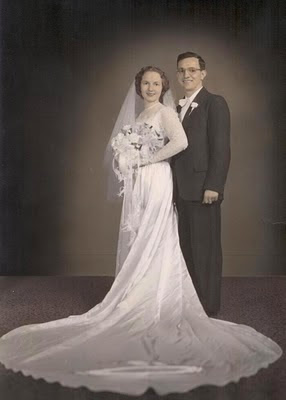 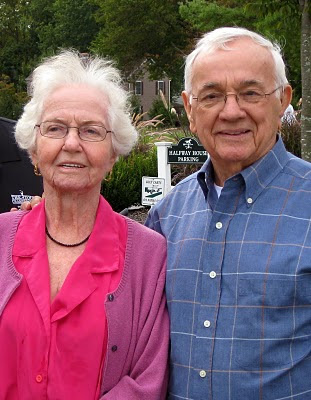 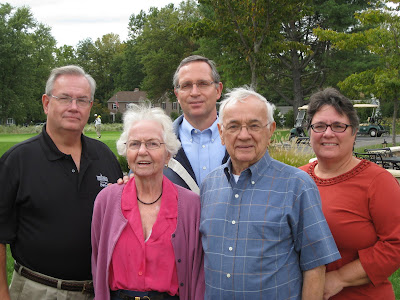 Gary, Mom, Jeff, Dad and me
Yes, Gary and I look a lot alike. And we're both accountants. Isn't that exciting? And Jeff, the middle child, just had to be different and become a dentist. And a really good one.
Their three offspring followed suit and married.
The oldest: 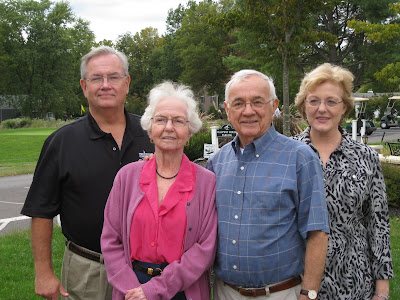 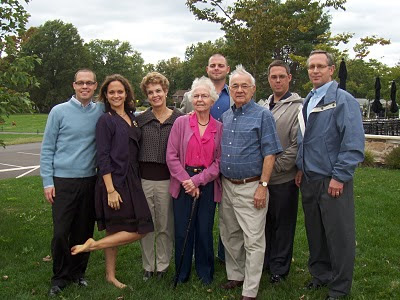 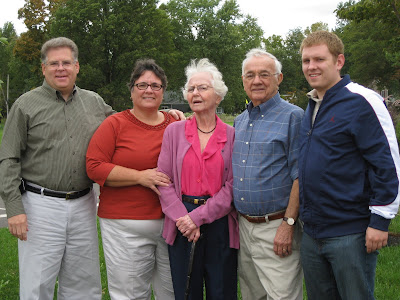 Ellen and John (married November 28, 1987) with son John.
Note - thanks to Nurse Nancy for reminding me that my anniversary is the 28th and not the 27th. And that is why it's a bad idea to get married the Saturday after Thanksgiving - the date is harder to remember!
If you are keeping score, that a combined 149 years of marriage in all! 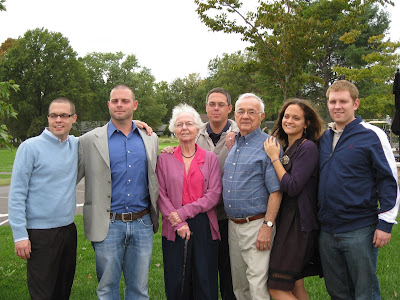 They have five wonderful grandchildren. (l to r) Pat, Tom, Mom, Chris, Dad, Caitie and John.
By the way, Pat and Tom are twins. Really! 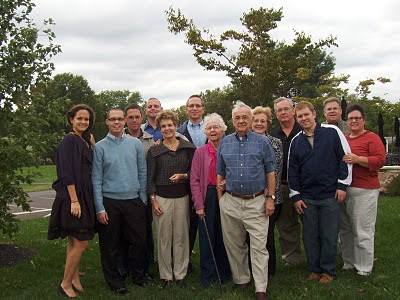 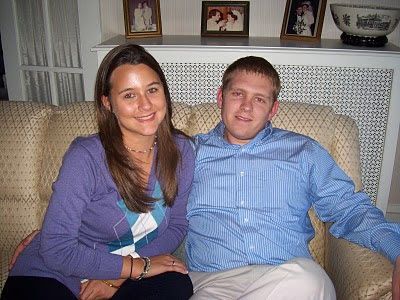 John brought his lovely girlfriend Hallie with him. She was our photographer for the group shot. After this weekend she'll probably need intensive therapy.

It was one crazy weekend full of laughs and a whole lotta love summed up in one photo: 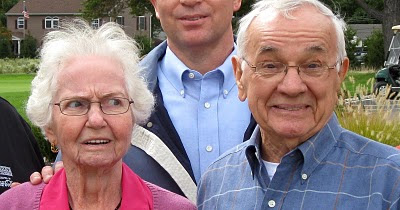 There are no words for this photo!
Posted by Ellen at 5:48 AM

How wonderful! What great pictures.....oh and by the way, I think our anniversary is November 28! At least that is when FlyBoy and I celebrate our day every year :)

I love these! Hallie is adorable, but that last shot is the winnah;)

Ellen this is wonderful.What a lovely family you have.That last picture of your parents is priceless! Thanks for sharing.
<><

What a great bunch of photos! And you're correct, that last one is priceless! Cogratulations to all.

You really should have gotten married on April Fools Day - it's impossible to forget that! Just ask my hubs.

That last photo is absolutely perfect.

I do love the example of a solid marriage. My parents have been married 50 years!

I was about to say, what sweet pictures. Then I hit the last one. ROFL!!
You and your one brother look SO much like your dad.
You're a lucky family to be able to celebrate 60 years with your parents! Wishing them good health and happiness.

Barb - I'm assuming you mean Gary and I. Jeff takes after my mom's family - we have a cousin who, when they were toddlers, Jeff was mistaken for.

That last photo was the best - and so unlike them!

what a great looking family you have and your Mom and Dad got married the day before I was born!
You should have done like me and the Boss did and get married on an actual holiday so you never forget the date....We are hitting 40 years this Sunday....Yes, Halloween.