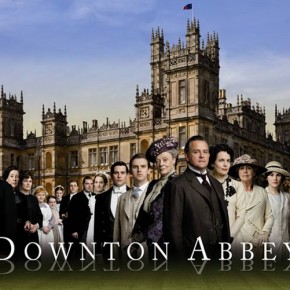 I was, as I am often, late to the game and only discovered Downton Abbey after the second season.  I had often thought about watching it, but by the time I got around to it, it was no longer being shown either as re-runs or available in the "On Demand" section from my cable provider.  Fortunately, a friend had been loaned the first two seasons on DVD and was kind enough to let me borrow it.  Needless to say, I was hooked.  And after I finished watching those first two seasons, the third season couldn't come on tv fast enough.  But that was several months away.

When the new season finally arrived, I was thrilled that my husband was also interested in watching it too.  So Sunday nights we watch.  Probably for different reasons.  While I think he enjoys the story, I know he loves the house and would love to have one like it.  He's a bit of a History buff and loves old houses with paneled studies and lots of rooms.

So if you are a fan, here's a quiz that I found on a favorite blog,  Beyond the Picket Fence.  I took it, and found that I am Sir Robert.  I can't figure that one out, since I am a pretty compassionate person and no where as cold as he is.  But it was fun taking the quiz. 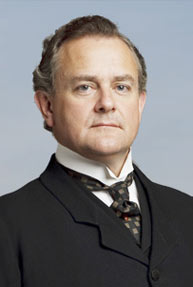 You are Robert, Earl of Grantham. Honest and old-fashioned, you’re primarily motivated by honor and duty. You’re so honorable, you’re actually willing to let a virtual stranger inherit all your worldly goods rather than risk breaking up your family’s legacy. Some people might call you a stick in the mud, but you can be extremely generous and forgiving toward those you feel have earned your loyalty.
Posted by Ellen at 7:49 PM

I am Sir Robert, too!

I am also Sir Robert. Do you think the quiz is "fixed?"